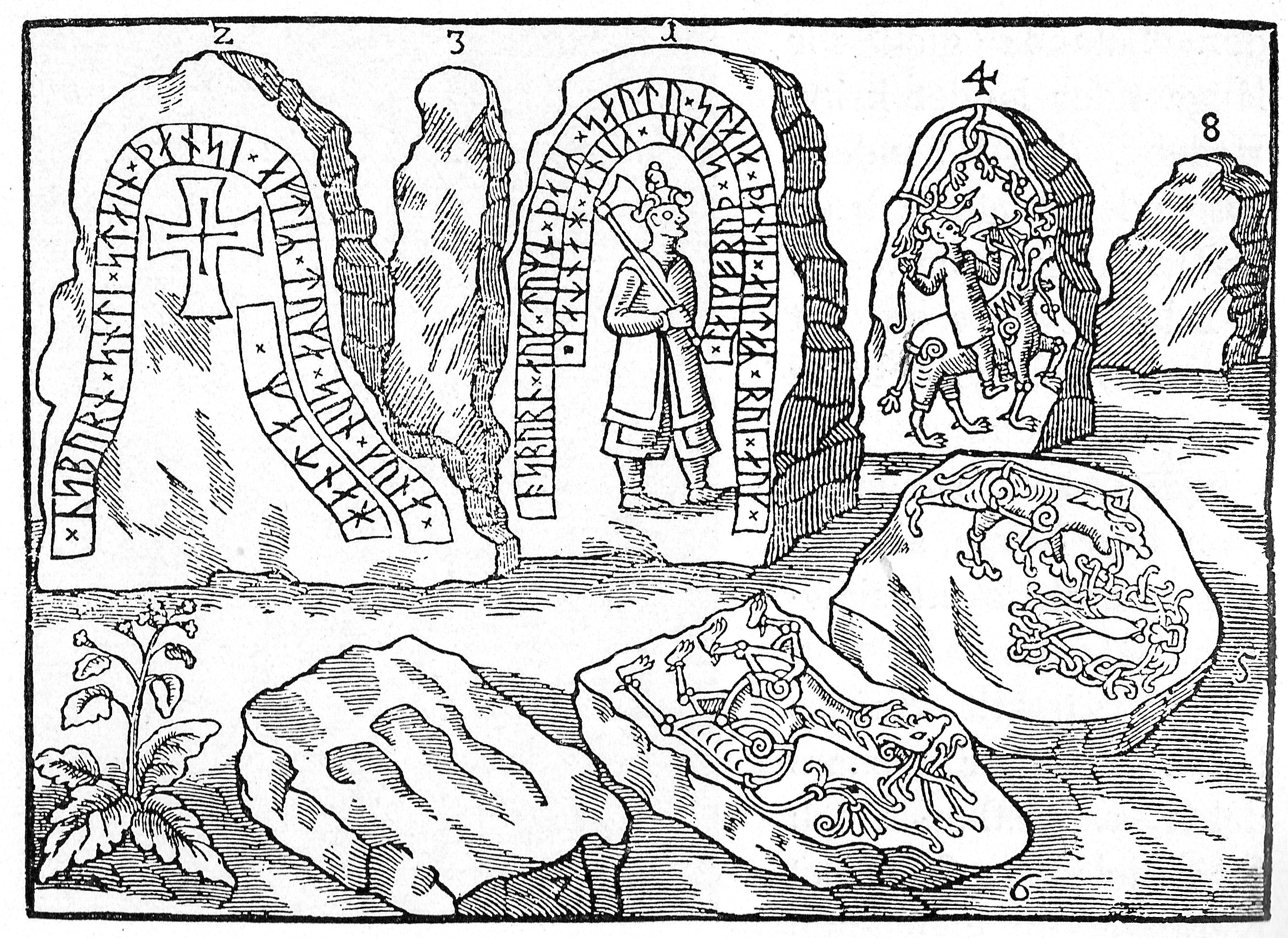 This week saw a very interesting historical re-discovery, part of one of the lost stones of the Hunnestad Monument in modern-day Sweden. We had already known of the existence of it, due to the great Danish polymath, Olaus Wormius, who included the above picture of it in his Monumenta Danica. The Hunnestad Monument had been one of the largest and most significant Scandinavian historical monuments, going back to the tenth century, but was destroyed in the 1780s in the modernization craze that ended up destroying many of the historical monuments that had survived the earlier protestantization craze. Some parts had been rediscovered since. The newly rediscovered part, which is part of DR 286, labeled number 6 in Worm's illustration, was found while digging a sewer line; it had survived because part of it was used in a bridge, with its carved portion protected from the weather.