An Episode in the History of Philosophy of History

Clemens notes that the sentence immediately after the famous saying of Lord Acton, "Absolute power corrupts absolutely," was the often overlooked "Great men are almost always bad men." The whole letter in which these phrases appear is worth reading; it's a letter to Mandell Creighton in which Acton argues that it is absolutely essential to good judgment in history to avoid compromising moral principle, for any reason. The particular topic at issue was how the historian should approach the Inquisition in the time of Pope Sixtus IV; Acton, a devout Catholic himself (although of the liberal camp that had thought that the definition of Vatican I was ill-advised)*, had some harsh words about the Pope's responsibility here, and thought that it was utterly important for a historian, and especially a Catholic historian, not to make such a matter a partisan issue and, e.g., try to defend Sixtus purely because he was a Catholic Pope. Creighton had suggested in a book on the history of the Papacy that the historian should not be forever moralizing, and should instead take into account the differences of their historical context (he had defended Pope Alexander VI by noting that his vices were actually fairly common at the time and that he did have the advantage of not being hypocritical about it) and the "high office and lofty claims" of those being discussed.

This was pretty much the opposite of Acton's view. When Creighton asked Acton to review the book, Acton gave Creighton's book a fairly negative view without getting into the reasons for it; but he mentioned in a letter that the result of the difference of opinion here was due to differences in their philosophy of history. Creighton, who had been taken aback by the review, replied that he wished Acton would take the trouble at some point to explain his philosophy of history; and the long letter in early April of 1887, in which the famous phrase appears, is devoted to laying out Acton's philosophy of history, one in which moral principles play the key role in making Acton's view almost the opposite of Creighton's view (which would probably be pretty commonly accepted by historians today). I can't find the full letter online, but you can get something of a taste for it with the following selection: 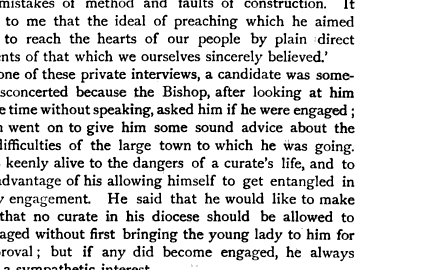 Creighton's response is just as interesting, and can be found at the same link. To a third party Creighton summed up the issue as he saw it: 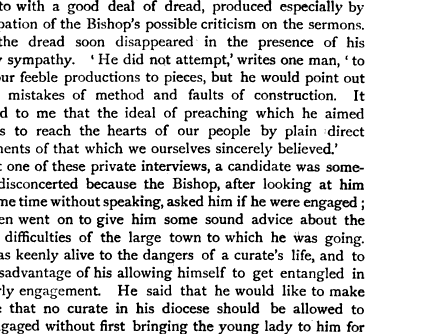 ___
* ADDED LATER: Acton's difficulties with the notion of Papal Infallibility were actually closely related to this topic, as Creighton recognized; Acton argued for fallibilism on the basis of the moral judgment of history. He feared that the doctrine of infallibility involved being indulgent toward terrible evils committed by past popes. Newman had much the same problem with the doctrine; after the Council he accepted the definition on the authority of the Church, but confessed that he didn't know how to reconcile it with certain historical facts. Acton was somewhat less yielding on the matter, in part because he had spent much, much more of his life on the issue.
Posted by Brandon at 5:38 PM