Today is the Feast of St. Athanasius the Great of Alexandria (c. 295-373), Confessor and Doctor of the Church, Father and Pillar of Orthodoxy, one of the most influential theologians in the history of the Church. In his lifetime he was falsely accused of heresy, embezzlement, murder, treason, and sacrilege; he was exiled five times by four different Roman emperors for a total of seventeen years of exile; was deposed by Arian councils on multiple occasions; but he never gave up.

For God creates, and to create is also ascribed to men; and God has being, and men are said to be, having received from God this gift also. Yet does God create as men do? or is His being as man’s being? Perish the thought; we understand the terms in one sense of God, and in another of men. For God creates, in that He calls what is not into being, needing nothing thereunto; but men work some existing material, first praying, and so gaining the wit to make, from that God who has framed all things by His proper Word. And again men, being incapable of self-existence, are enclosed in place, and consist in the Word of God; but God is self-existent, enclosing all things, and enclosed by none; within all according to His own goodness and power, yet without all in His proper nature. As then men create not as God creates, as their being is not such as God’s being, so men’s generation is in one way, and the Son is from the Father in another. For the offspring of men are portions of their fathers, since the very nature of bodies is not uncompounded, but in a state of flux, and composed of parts; and men lose their substance in begetting, and again they gain substance from the accession of food. And on this account men in their time become fathers of many children; but God, being without parts, is Father of the Son without partition or passion; for there is neither effluence of the Immaterial, nor influx from without, as among men; and being uncompounded in nature, He is Father of One Only Son. 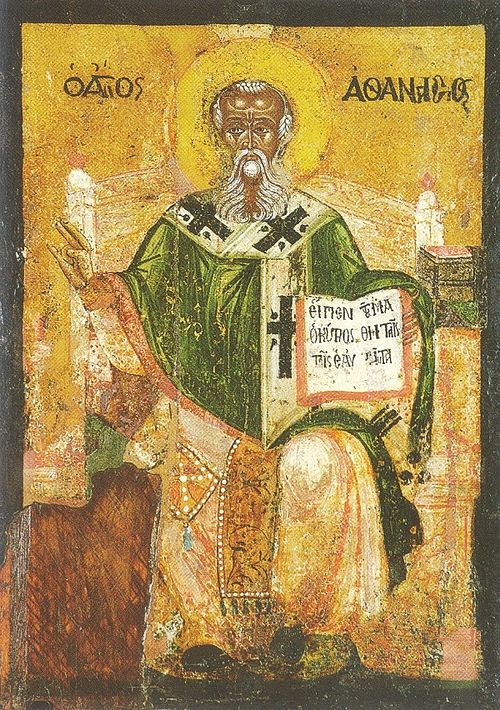