Views from the Torre while winding up toward the top: 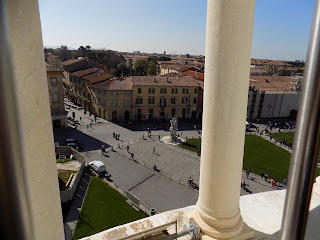 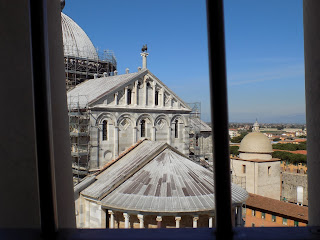 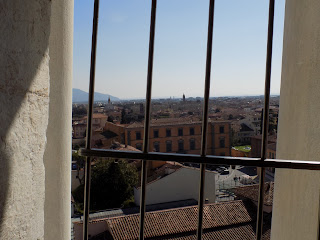 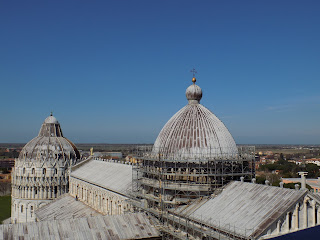 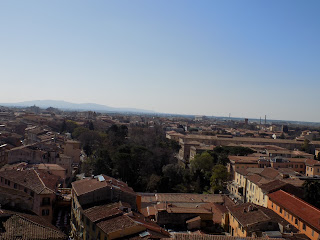 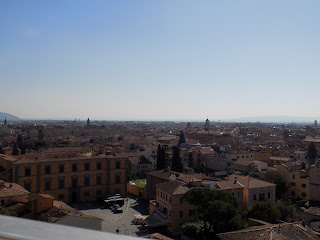 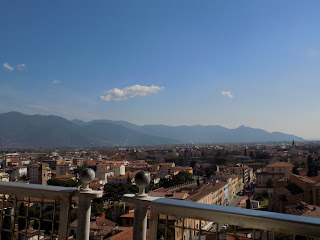 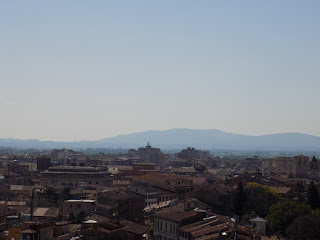 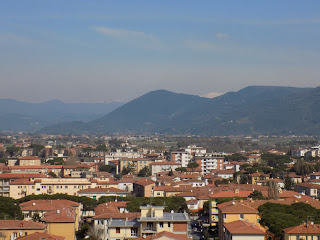 Additional pictures of one of the bells: 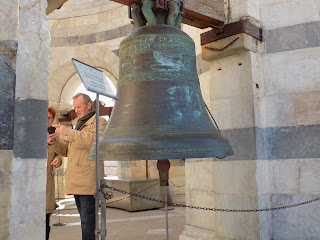 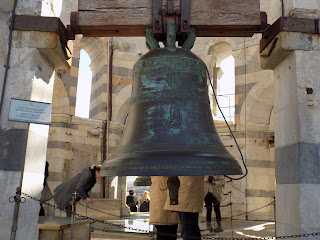 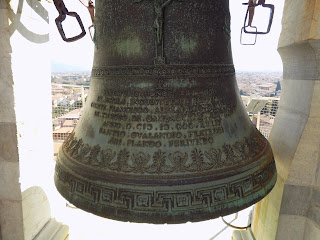 A shot of St. John the Baptist atop the baptistery, a surprisingly good photo given that it was shot from the top of the Tower: 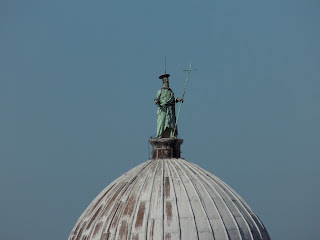 Another shot of the Capitoline Wolf, while descending: 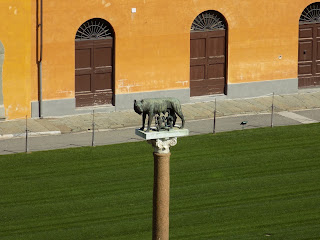 Here is the plaque for Galileo at the bottom of the Tower, celebrating Galileo's famous experiment testing whether the time of descent was the same for objects dropped, regardless of their masses. The experiment almost certainly never happened, but it is true that a large number of Galileo's important results on motion were discovered while he was living in Pisa: 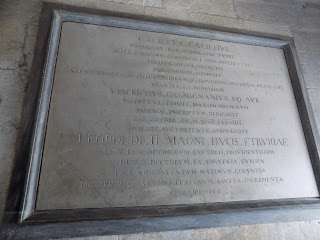 Looking across to the Baptistery: 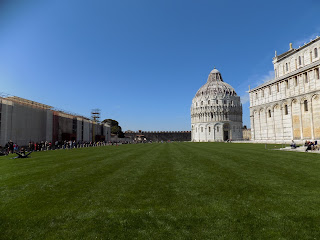 Looking up at the Baptistery: 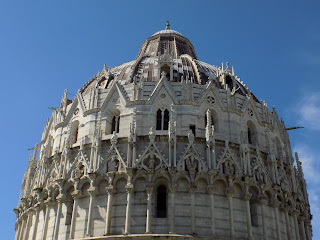 Another view of the medieval wall and its prowling lion: 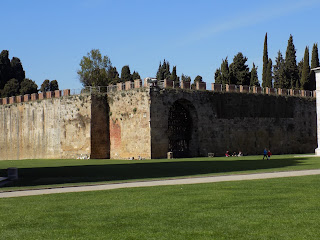 Here is the famous red pillar on the facade of the Duomo. According to the guides, if you make your significant other look at the pillar, they will be guaranteed to be faithful. For 24 hours. 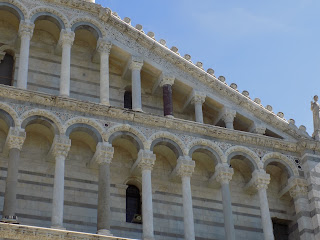 A detail from the Pisano pulpit inside the cathedral: 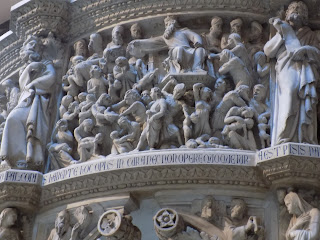 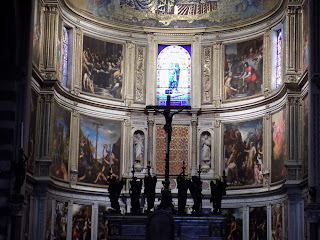 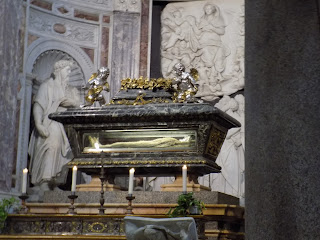 The ceiling in the cathedral, donated by the Medici after a cathedral fire with to show their generosity and, very likely, to remind the subjugated Pisans who their lords and masters were: 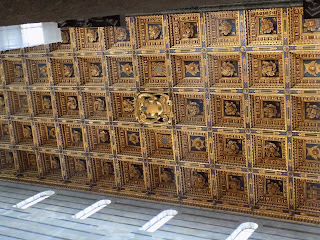 A painting in the Duomo that caught my eye as we were leaving, because it shows St. Thomas Aquinas: 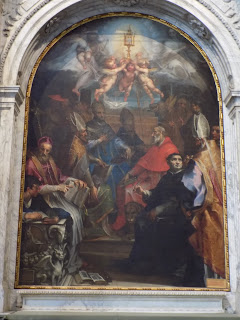 to be continued
Posted by Brandon at 2:45 PM