As I noted, I avoided taking many pictures in the Uffizi, despite the fact that they allow flashless photography, but I did grab a few very quick ones to prove I'd been. Here is the most famous painting in the Uffizi, taken from the doorway because of the crowd: 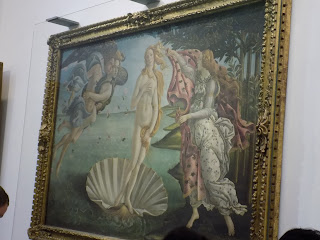 I never realized that Botticelli's The Birth of Venus was so popular, but there was a constant mass of people crowding straight for it.

Here is a picture of the tower of the Palazzo Vecchio, from the cafe balcony: 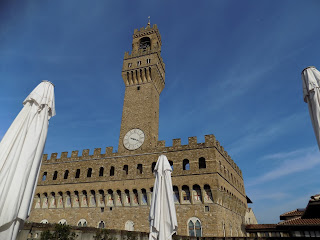 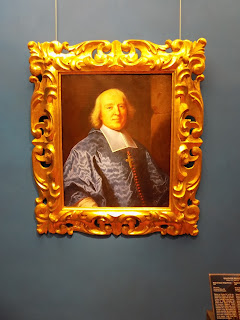 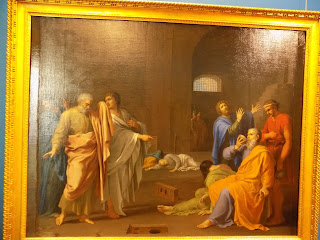 The plaque above the Fontana di Trevi: 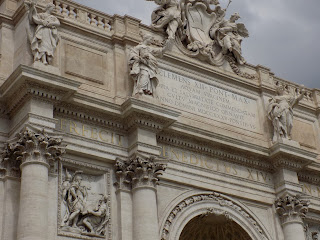 And some more of the fountain itself: 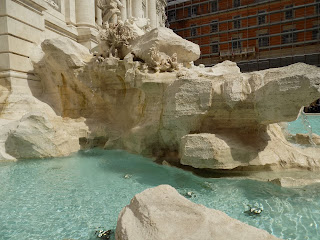 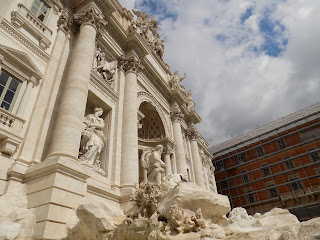 On the way to Trajan's Forum, I snapped this picture of the front of the Basilica of the Twelve Apostles: 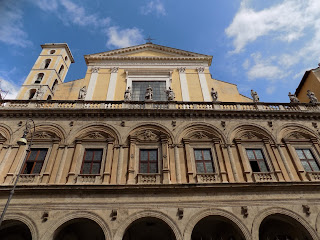 It's a very old church, going back to the sixth century, although, of course, it was heavily restored and developed beginning in the fifteenth century. Bessarion is buried there; I hadn't known that offhand, but it makes me glad I at least snapped a picture of the front, as I very much like Bessarion.

Here's the edge of the entire Forum area: 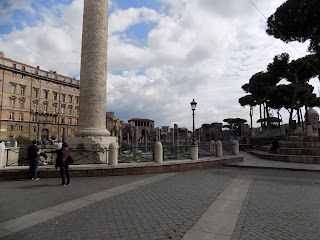 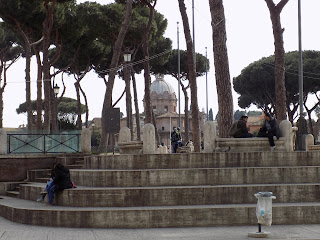 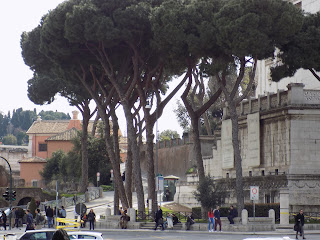 And another picture of the gaudy monstrosity: 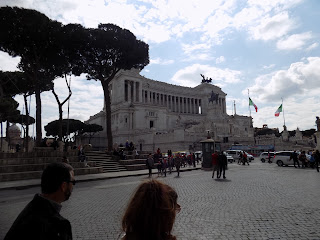 Manalive, something about that monument irritates me. The front side is completely uninviting and dull. From the back side the winged statues at the top look like giant black bats feeding on a white glob of corpse. No one's life has been made better by it. It's like a supervillain's notion of monumental architecture.

to be continued
Posted by Brandon at 5:04 PM