(Again, slightly delayed because of everything else in my schedule crashing together at the same time.)

The next fortnightly book is Umberto Eco's second, and second greatest, novel -- some would say greatest, but I think The Name of the Rose simply works better as a novel -- Foucault's Pendulum, one of the great postmodern novels, with its Templar legends and conspiracy-theory speculations and a game that, Borges-like, begins to eat reality. But it also (as one might expect from a great postmodern novel) puts postmodern thought, with its infinite play of signs and 'psychosis of resemblances', to question.

In the height of the popularity of The Da Vinci Code, it was often referred to as a "thinking man's Da Vinci Code" -- one of those absurd money-driven moves by which a great novel is treated as if it were a derivative version of a weaker novel published a decade and a half later. As Eco satirizes the publishing business in the novel, no doubt he was capable of appreciating the absurdity of it. In any case, Eco himself gave the definitive response to it. Asked if he had read the novel, he replied that Dan Brown was a character from Foucault's Pendulum.

The title refers to the replica in the Musée des arts et métiers of León Foucault's pendulum, which he used to show indirectly the rotation of the earth: 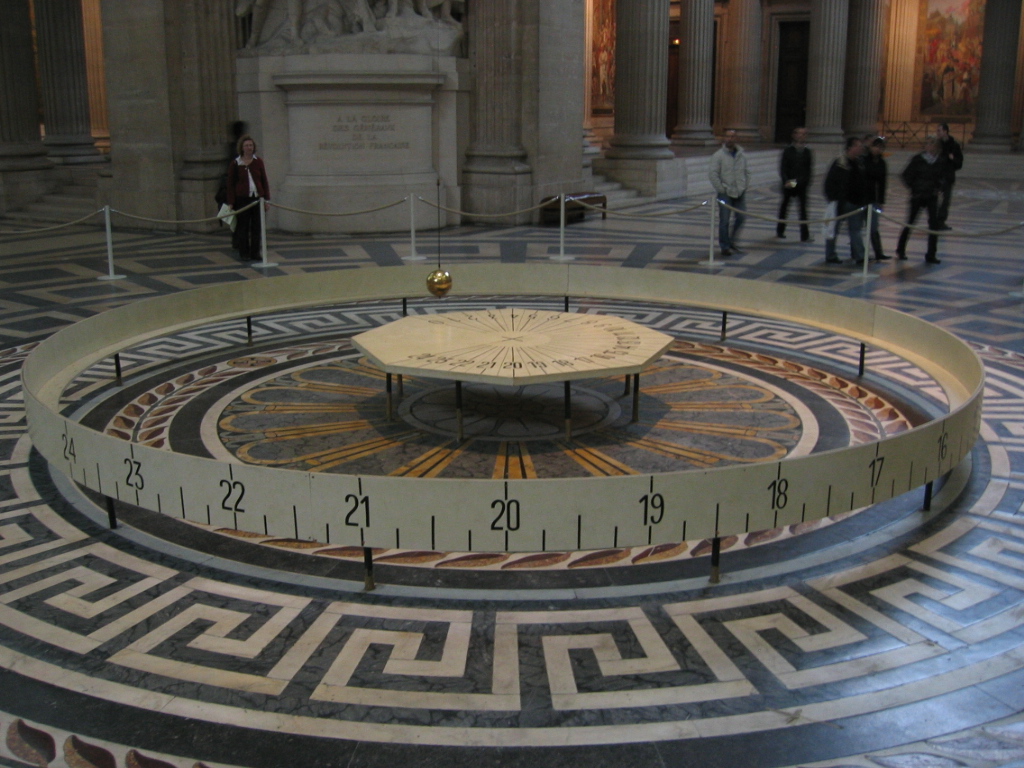 Belbo, Diotallevi and Casaubon come together as employees of Garamond Publishing, a vanity publishing house, and, because of all the kooky manuscripts they are getting, they start playing a game, "The Plan", to construct the ideal version of these kooky conspiracy theories that almost always end up incorporating the Templars. Unfortunately, the game is like a cancer, spreading through the mind and into the real world until it becomes impossible to tell what is real and what is merely a completely fictional association....