Our next fortnightly books will be lesser-known Jules Verne works from the Voyages extraordinaires: The Self-Propelled Island (L'Île à hélice, #41) and The Castle in Transylvania (Le Château des Carpathes, #37).

In The Self-Propelled Island, a Parisian string quartet touring California is kidnapped and brought aboard a vast artificial island, Standard Island, whose main city is called Milliard City because it is inhabited by billionaires. It is a utopian, if expensive (lunch costs $160 per person), loaded with an endless list of the finest technological luxuries. It has everything you would expect from a Verne tale: amazing technologies, a voyage to exotic places, and -- all too forgotten -- biting social satire. Technological utopia is not a stable utopia, and a society of billionaires is perhaps not as promising a foundation for a healthy life as its endless parade of luxuries and conveniences and gee-whiz advancements might suggest. The original English translations all cut material out; I'll be reading the recent (2015) University of Nebraska Press translation, by Marie-Thérèse Noiset, which is the first unabridged English translation of the original 1895 work. 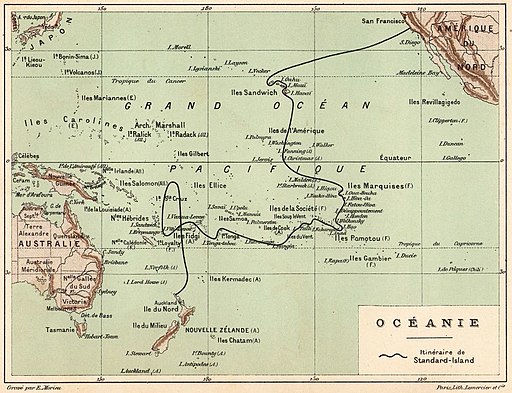 The Castle in Transylvania, first published in 1892, is thought by some to have been an inspiration for Bram Stoker's Dracula; it is Verne's attempt to play around with Gothic tropes, including the sometimes-forgotten Gothic trope of science intersecting with superstition. In a village in the Carpathian mountains of Transylvania, rumors are flying about the local castle, which the villagers think is haunted by a devil and the spirits of the dead. Dr. Patak, a freethinker, investigates and discovers more than he had ever imagined. Count Franz de Telek, also freethinking, decides to get to the bottom of it all in order to show these superstitious villagers the light of reason. But the Count is perhaps underestimating the darkness in human nature. And he is also forgetting that the advance of science makes the world weirder and more uncanny: by technological discoveries, the past can last into the future in unexpected ways, and people can be present where they are not, and to deal with this can be as harsh and difficult an adjustment as dealing with ghosts and devils. I know less about the translation history of this work, but I will be reading the most recent translation, the 2010 Melville House translation by Charlotte Mandell.

The works are not particularly long or difficult, but because I have fairly busy schedule the next several weeks, I'm not sure if this will be a normal fortnight or will actually stretch into three weeks.
Posted by Brandon at 7:42 PM