From Inverness we went down to Loch Ness. The sun was still bright. 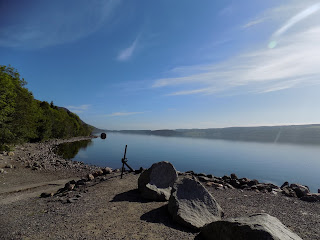 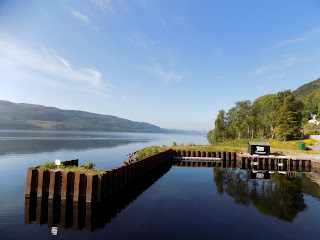 Loch Ness, which fills Glen More, the Great Glen of Scotland, is one of the big lakes of Scotland. It is not the longest lake (that is Loch Lomond), nor is it the deepest lake (that is Lake Morar), but it is long and deep (it is in fact the second longest and the second deepest), and because of this it is the lake with the largest volume of water. There is so much water in Loch Ness that if you took all of the rivers and lakes of England and Wales combined, you could not find enough water to fill Loch Ness. 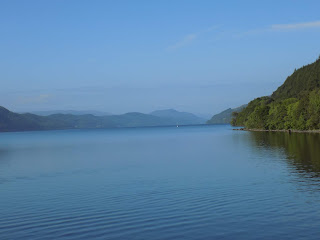 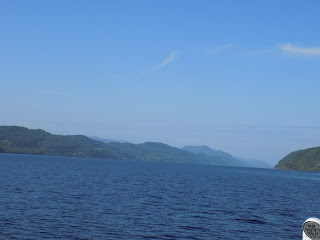 It's very interesting being out on the water, because as soon as you get away from the shore, the water is pitch black. It is like boating on a lake of ink. The reason for this is that the soil all around the loch is peaty. The obscurity of the waters no doubt helped to support the Loch Ness legend; you can easily imagine a deep, black lake to be hiding all sorts of things, and can easily take a wave effect to suggest something stirring below the surface. While there is a story from the sixth century of St. Columba facing down a water monster somewhere in the River Ness, the stories of the Loch Ness Monster really only get started in the 1930s, and have since, of course, been just part and parcel of the tourism of the lake, with plenty of people hoping to see something Nessie-like. The legend has probably also been helped by the tendency of debunkers to flail around in proposing alternatives.

And we came to Urquhart Castle, on the western shore, east of Drumnadrochit. 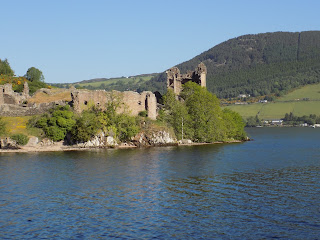 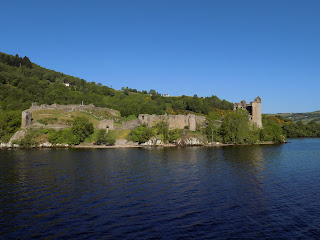 Urquhart Castle was a very large castle in its day. The castle ruins mostly date from the sixteenth and seventeenth centuries, but there is evidence of various fortifications at the location that goes back to the eleventh century at least. It is often thought that the fortress of Bridei, King of the Picts, who was visited and converted by St. Columba, was here, but it seems much more likely that this would have been closer to Inverness. By the early sixteenth century, the castle that had been there was falling into disrepair, so King James IV gave the castle to John Grant of Freuchie on the condition that he rebuild and repair it. This turned out to be more difficult than one might think, because it was a prime target for the MacDonalds, who at the time saw themselves as independent 'Lords of the Isles' and were not on good terms with the King of Scotland. There were several battles over who would control Urquhart Castle, with the possession seesawing back and forth precariously between the MacDonalds and the Grants. The last big fight was the Great Raid of 1545, when the MacDonalds sacked the castle and stripped it bare, but were unable to hold it. The Grants finally had a chance to rebuild and develop the castle. The very noticeable tower was built, essentially as the living quarters of the lord and lady of the castle. However, the fortunes of the Grants had also considerably improved, with the result that they were only at the castle occasionally.

They have a trebuchet on display, which was rather neat: 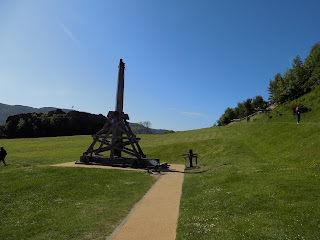 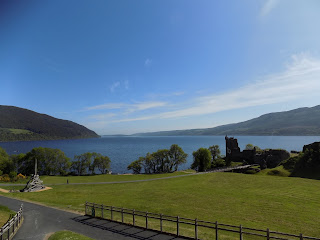 When England unilaterally attempted to depose James VII of Scotland and II of England and Ireland, the Grants were one of the Scottish families that sided with William of Orange, and garrisoned the castle against the Jacobites. The castle was besieged, but as it was well provisioned, it endured; the siege was lifted when the main Jacobite army was defeated at the Battle of Cromdale in 1690. But the siege convinced the Grants that the castle could too easily fall into Jacobite hands, so they moved everything out, packed it with barrels of gunpowder, and blew it up. The tower mostly survived the gunpowder explosion, but time and storms would eventual break it down to the ruin it is now. 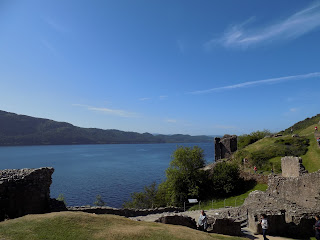 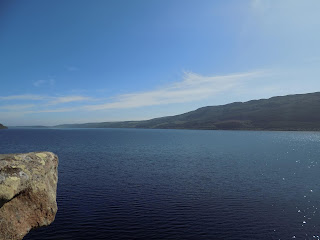 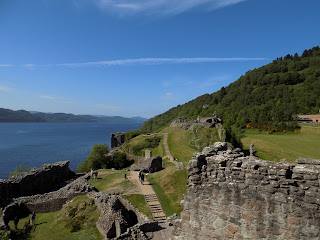 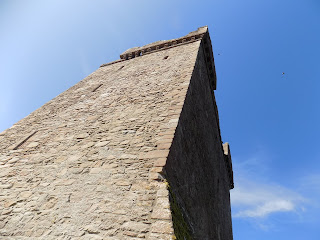 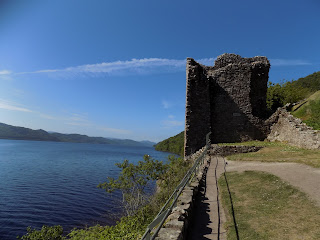 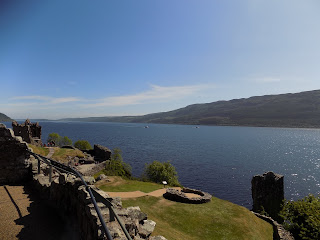 And after our morning at Loch Ness, we went back to Inverness and took a train to Glasgow. I confess we were in some ways rather disappointed with Glasgow. Everything suggests it is a friendly and sociable place, but it was also remarkably drab and dirty. Most elsewhere in Scotland, we saw very little litter beyond cigarette butts (the amount of smoking in Scotland is remarkable). Perhaps it's just the size, or the fact that it doesn't have a clear and definite 'tourist area' the way many European cities, or perhaps the Glaswegians just have other things on their mind; I don't know.

Glasgow is not as famous as Edinburgh for its sights, but one of the notable spaces there is George Square, the main square, which was laid out as part of the New Town that was built in the late eighteenth century. The name comes from the same flattering practice that gave the names to the streets in Edinburgh's New Town; it was named for George III. It's a nice square, with an excellent collection of statues. (These are actually from the next day. We were mostly in Glasgow itself in the evenings, as you can see from the difficulty I started having in getting enough light in the perhaps fifteen minutes I was there.) 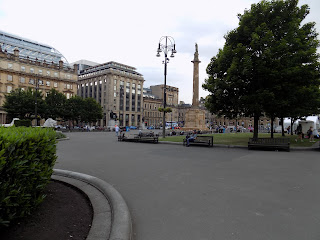 The pillar is a monument to Sir Walter Scott. The original plan had been to put a statue of George III in the middle, but the loss of the American colonies and the King's growing madness rather soured his name among the very practical-minded merchants of Glasgow, who made their fortunes by trading across the Atlantic. Eventually they decided Scott would do, and it became the first public monument for the writer. Here it rises behind a statue of Gladstone: 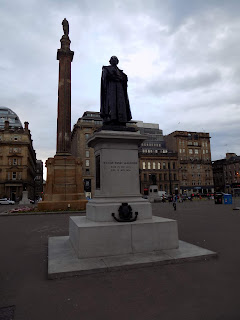 The Cenotaph at one end, dedicated to Glaswegians who fell in World War I: 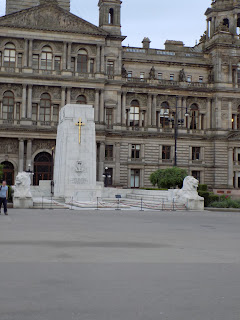 Looking from across the other end: 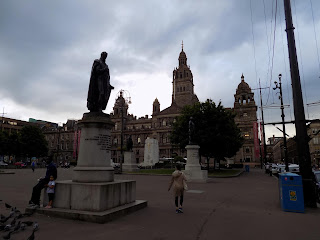 One of the things that struck me about both Edinburgh and Glasgow was the sensibly relaxed attitude to public monuments: the monuments don't just stand there, but people congregate around them, using them as meeting places, and the like, which is exactly as it should be.

The reason we were in Glasgow, however, was not Glasgow itself; we had wanted to do a Highland tour, and it was actually just more practical to do it from Glasgow than Edinburgh. That's what we would do the day after our arrival in the largest city in Scotland.

to be continued
Posted by Brandon at 10:24 AM