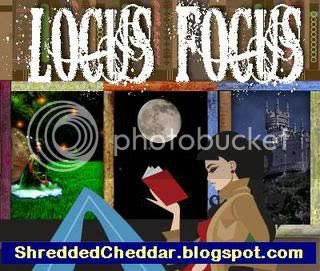 The East Room
Mansfield Park
Jane Austen
The little white attic, which had continued her sleeping-room ever since her first entering the family, proving incompetent to suggest any reply, she had recourse, as soon as she was dressed, to another apartment more spacious and more meet for walking about in and thinking, and of which she had now for some time been almost equally mistress.
Reading the description of the East room brought to mind Enbrethiliel's Locus Focus posts, in which you review a work by reflecting on a place within it. What better time to do something like this than with a novel, Mansfield Park, structured around a place? And the East room, the larger room adjoining Fanny's little bedroom, is one of the most notable places in Mansfield Park. More than anything else, it captures the fact that Fanny Price comes to be at home at Mansfield Park. It also captures the way in which she does so: she grows into it so that it becomes a place of comfort that is uniquely hers.
The comfort of it in her hours of leisure was extreme. She could go there after anything unpleasant below, and find immediate consolation in some pursuit, or some train of thought at hand. Her plants, her books—of which she had been a collector from the first hour of her commanding a shilling—her writing-desk, and her works of charity and ingenuity, were all within her reach; or if indisposed for employment, if nothing but musing would do, she could scarcely see an object in that room which had not an interesting remembrance connected with it. Everything was a friend, or bore her thoughts to a friend.
Like everybody else, Fanny collects odds and ends of her life. The things themselves are not important; indeed, most of them are castoffs and hand-me-downs. But everything is a friend or a reminder of a friend. Any difficulties, trials, tribulations, are given context here; in hours of quiet her mind can be be exercised here. I particularly like the mention of "her works of charity and ingenuity". The East room represents for Fanny the leisure of home; but leisure is not a matter of wasting time, or mere diversion, it is a time of reflection and doing good for oneself and others, in comfort and without toil. We get all the essential components of leisure in this room: consolation, thought, charity, ingenuity, musing. Fanny escapes into the East room to work and meditate, as her activities in the room are later described, to store the little knick-knacks of life that she treasures. The peculiarities of Fanny's situation, however, follow her into the East room, and this includes the little persecutions of Fanny's aunt, Mrs. Norris. Fanny is able to grow into the East room because it is habitable through most of the year, but Mrs Norris, always willing to be economical at someone else's expense, refuses to let a fire be lit in it, ostensibly because, being allowed to use a room that nobody else was using, Fanny already has it too good. One of the turning-points in Mansfield Park is when Sir Thomas returns and finds, to his shock, that Fanny gets no fire even in the snowy days of the year, particularly as she has a history of health problems. Sir Thomas has let the world ("ambitious and mercenary connexions", as they are described at one point) take him away from his responsibilities to his household for far too long, and he has still much to learn about his own failings in this matter, but one of the first signs of renewal in this respect, one of the first signs of him taking up his responsibilities again, is his insistence that on cold days, there should always be a fire in the East room. It is the first real acknowledgment, from anyone other than Edmund, of what the East room itself organically shows: that Fanny belongs there. Of course, this recognition comes only as other events are set in motion that will take Fanny away from the East room and Mansfield Park itself. Our places of leisure, however, are just staging grounds for things that take place within; consolation, thought, charity, ingenuity, and musing are all things that take place within us, although they all easily lend themselves to outward expression. We externalize them in a place only so that we can become better at doing them. And the advantages of that, we carry with us everywhere.
Posted by Brandon at 12:54 PM