Today is the feast of St. Catherine of Alexandria, Virgin and Great Martyr, patron saint of philosophers. We know very little about her life. While tradition dates her to the early fourth century, we have no account of her life from earlier than the tenth, although there is evidence that there had been longstanding devotion to her before then. Some people have thought that she was entirely fictional, a Christianized version of Hypatia, but beyond the associations with Alexandria and philosophy (which tended to be associated with each other, anyway), there is nothing in common between St. Catherine and Hypatia, and the claim seems to be an obvious example of the scholarly version of wishful thinking. 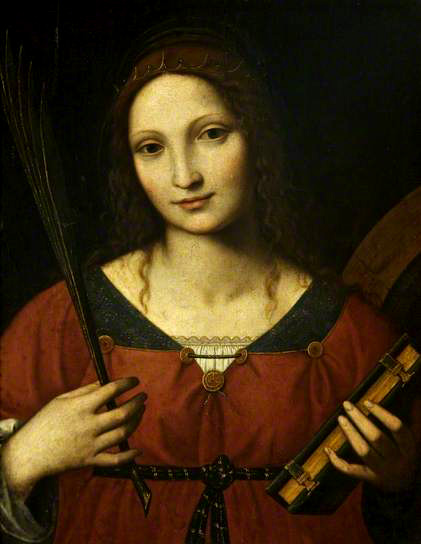 According to legend, she was the daughter of the governor of Alexandria and became Christian on having seen a vision of the Virgin and Child. When persecutions in the reign of Maxentius (306-312) increased, she is said to have rebuked him personally over it, arguing for Christianity. He summoned the fifty best philosophers and orators in the empire to refute her, but she out-argued them all, and several of her interlocutors became Christian. She was then scourged severely and imprisoned, but when she refused to convert, Maxentius tried the carrot and offered to marry her if she would convert; she refused again. She was ordered to be executed, so they stretched her across a wheel to break her bones with hammers, but on the first hammer-stroke, the wheel itself broke. Depending on the legend, either she was then beheaded, or they attempted to burn her to death and, when she did not burn, pierced her with a spear. 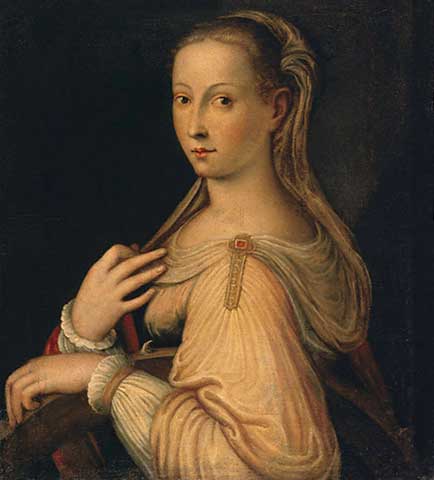 She has historically been among the most popular saints, and because she was the patron saint of both philosophers and maidens, her image and name are found everywhere throughout the Middle Ages and Renaissance.
Posted by Brandon at 8:20 AM